As the Detroit-Windsor area was one of the world’s first urban regions to be built around the automobile, these cities are marked by an array of driving structures–not simply freeways, avenues, tunnels and bridges, but also baroque overpasses, drive-thrus, parking lots and ramps.

This endless expanse of pavement and concrete was established in league with the auto industry to enable non-stop driving.  But as the city sprawled it also developed new loops and routes in the suburbs thus leaving behind traces of its earlier, protean driving formations.

Our driving tour of the border cities was a kind of urban archeology of driving structures, some in use, others entirely abandoned. As psychogeography is a practice based upon the act of walking, our driving tour evolved as an unorthodox version of a dérive to make strange the everyday presumptions of driving culture that we ignore or take for granted when thinking about the urban fabric that connects the cities of Windsor and Detroit. June 15, 2011. 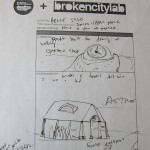 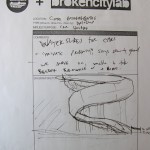 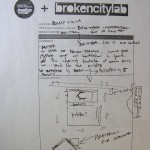 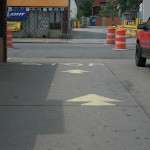